The United States has a huge advantage in the still-escalating global trade fights: it is the only major economy to score an ‘improving’ score in CNBC’s latest survey of corporate executives. 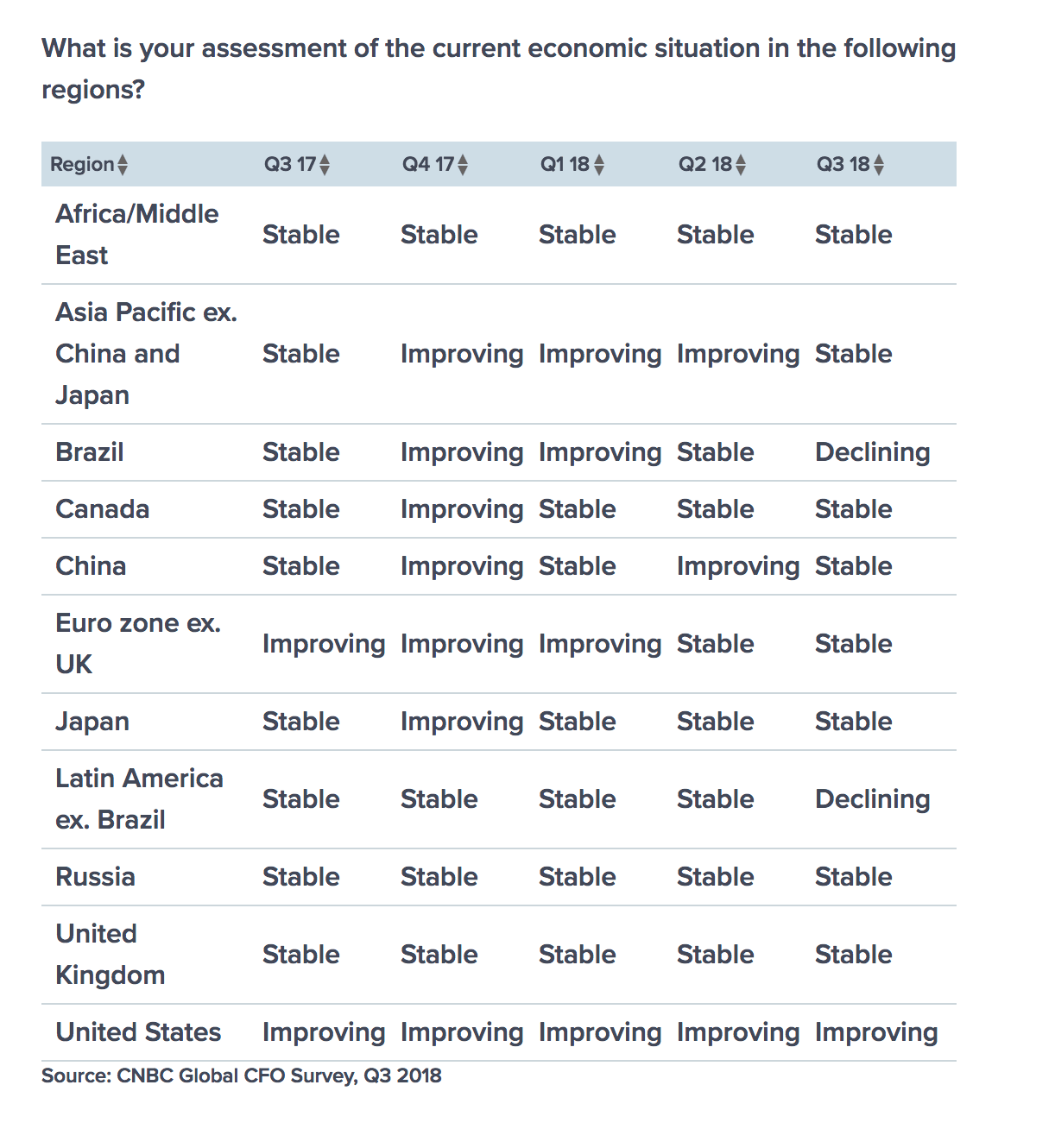 The U.S. is also the only country to have scored “improving” in each of the previous four quarters.

The results suggest that the U.S. is in a much stronger position than others to handle any economic drag from rising tariffs and retaliatory trade barriers.