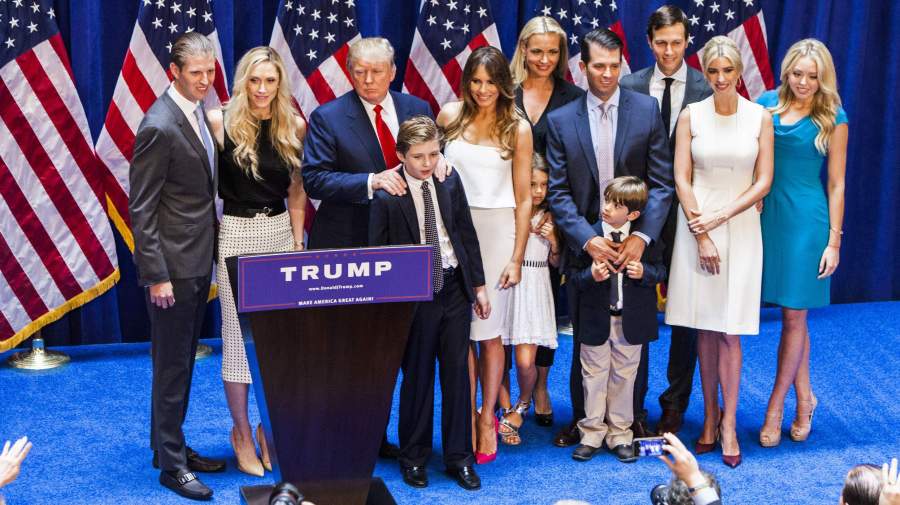 We have twelve days before November 8, the day this country will select the next President of the United States of America. Those of you that are regular readers of Outlaw Patriot News and have heard me in some of my appearances know that for some time I have expressed my doubts in Donald Trump as president, not from a position of supporting Hillary Clinton or any of the third party candidates, but I have had some trouble with some of the things he has said during the course of his campaign and his demeanor. I am not talking about the comments the media has spent so much time covering taken from a hot mic inside of a bus. If you have ever sat in a room full of military guys, you have heard much worse than what Trump said, anyhow – and, no, they are not sexual predators, either, but alpha male types have a tendency to try and show their prowess of conquest and as unacceptable as it may be, sometimes that runs into some pretty offensive talk. Besides, saying something like that is one thing, but actually raping women and then paying them off or covering it up in other ways, as the husband of the Democratic candidate did with her aid and complicity, is another. Yes, there was the parade of women recently claiming sexual assault by Trump, but this was the first they had spoken of it, and while I am definitely not into bashing victims here – it is odd that the timing of these claims coincide nicely with trying to influence the election.

No, what concerns me more are some of his comments regarding payment for protection of some of our allies. This would in essence turn the US military into a mercenary force for hire and in a world where the list of our enemies is already growing quite extensive, I believe this is a wrong move. I agree that we can’t continue to manage so many overseas sites in the current economic conundrum we find ourselves in, but these are dealings best left out of the media. I also agree that NATO states need to be paying their fair share of direct and indirect payments for the costs of maintaining the alliance and the military aspect of that alliance. This has long been a problem that NATO has faced, with many states neglecting their contributions to the alliance as they have moved to expand social programs. However, going to a country such as Japan, where there is already widespread calls for removal of US military bases, and demanding payment for those strategic assets to remain in place (not just for Japan’s security, but for our own as tensions increase with China) might not be the best plan.

I have also had some problems with what I perceive as a lack of understanding of what power the president holds. Many of his proposals would legally need the passing of legislation through Congress – a Congress in which both parties would likely be hostile to him. Yet, he makes it sound as if some of these things might be done by executive order and I am no fan of executive overreach. That is part of the issue that got us into the position we are currently in, and while I understand that political enemies within the DC system will be looking to halt his plans, I would prefer he ask his supporters to continue the movement by not re-electing those that would impede his plans over continued use of executive overreach.

However, with all of that being said – Trump is still far more favorable to Hillary Clinton or the third party candidates, which to be honest are comedic parodies of the Democratic party. Gary Johnson as the Libertarian party candidate is a bad joke, as he in no way is a libertarian and I just simply can’t take Jill Stein and the Green party, made up of people too radical for the Democratic party, seriously. Though, she did impress me recently in calling Hillary out on her warmongering.

For all of his faults (and who among us is without faults?), I do believe that Trump has the best interests of this country at heart. He wants to stem the tide of illegal immigration which costs US taxpayers at the local, state, and federal levels an estimated $113 billion. And as has been pointed out again and again, is a serious threat to the national security of this nation, despite any costs, as thousands of US citizens are killed each year by illegal immigrant criminals and many more affected by crime at the hands of those that seek to evade legal immigration to pursue lives of crime in a nation that has no record of their presence. Adding in the very serious threat of terrorist organizations using our porous border to smuggle in death-cult-crazed suicide bombers and devices, not doing something to secure our southern border is not just ignoring the problem, but suicidal in and of itself.

Speaking of death-cult-crazed suicide bombers, Trump wants to also slow down the resettlement of refugees from countries where Islamic jihad is currently being waged until those coming in can be properly vetted by our law enforcement and intelligence agencies. Despite the best attempts of a faltering mainstream media to paint this as some sort of racism (when did Islam become a race?), it is actually just sound policy when one is concerned about national security and the safety of the country’s citizenry. And in fact, looking at the situation that has exploded in Europe, I would tend to agree with the policy that Trump didn’t call for but the media attributed to him, in calling for a halt of refugees from those countries altogether, or at the very least, allow women and children, but not men of military service age. Despite the claims of those that are either ignorant of the religion or are purposely seeking to deceive the American people in claiming Islam as a religion of peace, it is a religion and political ideology together. One can combat a political ideology and overcome it, as we did with fascism in World War II and socialism in the Cold War, but when that political ideology is deeply intertwined with religious faith, it can be almost impossible to combat. And I can hear some people saying that the same could be said of Christianity. However, Christianity underwent the Reformation and was the primary religion of the countries that went through the Enlightenment and Renaissance. It could be argued that it was the very tenants of Christianity which contributed to these societal and cultural shifts, which gave birth to the philosophy of individual freedom and the value of every life. This is a philosophical realism of Western culture that the Islamic world (and non-Western based cultures) has not experienced (which is also why there is such resistance to Western-style democracy outside of the West). This does not say that our culture or political philosophy is better than those that did not undergo those changes, but the difference is one in which we value the individual, both life and liberty, and they do not. It puts them at odds with our very society and indeed, at odds with our system of governance. While our society holds that individual thought and freedom to express that thought, in all its offensive glory, is something to be protected, theirs holds that any expression that is counter to their politico-religious institutions is heresy and must be met with violence. A massive influx, therefore, of people of this societal-cultural group is not just a matter of national security, but threatens the very foundations on which our society are structured upon.

And lastly, speaking of Life, Liberty, and the Pursuit of Happiness – with Life coming first – I support Donald Trump because of the four major candidates, he is the only one that supports Life. In the final debate, Clinton claimed she wanted more gun control to protect children, so long as they are not still in the womb – as she supports abortion up to the point of delivery. Donald Trump believes in protecting all children – the born and the unborn, by not allowing the God-given right to self-defense to be taken from their families, and in abolishing the license to kill that organizations like Planned Parenthood currently have. As I pointed out above, Life is precious to our culture. The right to Life is enshrined in our Declaration of Independence and our Constitution. It is fundamental to the belief system that most Americans ascribe to – the Christian belief. In this way, Clinton is a part of the very same death cult that the terrorists we fight are a part of – she celebrates death rather than Life. As Pastor David Lankford recently said, this election comes down to Deuteronomy 30:19 – “I call heaven and earth to record this day against you, that I have set before you life and death, blessing and cursing: therefore choose life, that both thou and thy seed may live”.

I could go on forever with the reasons I wouldn’t support the other candidates, because of their policies or their backgrounds, but this is why I will go on the record with my support for Donald Trump. A faulted man, just as we are all faulted, but one that believes in the tenants this country was founded upon, and the only candidate that has said that they will protect Life over death. In twelve days, when you go into the voting booth, I implore you to stand on the side of Life – to choose life that both we and our descendants might live.

God bless each and every one of you!

Via: Why I Support Donald Trump for the Presidency | Outlaw Patriot News

Here is our take on it, and why we will vote for Mr. Trump…